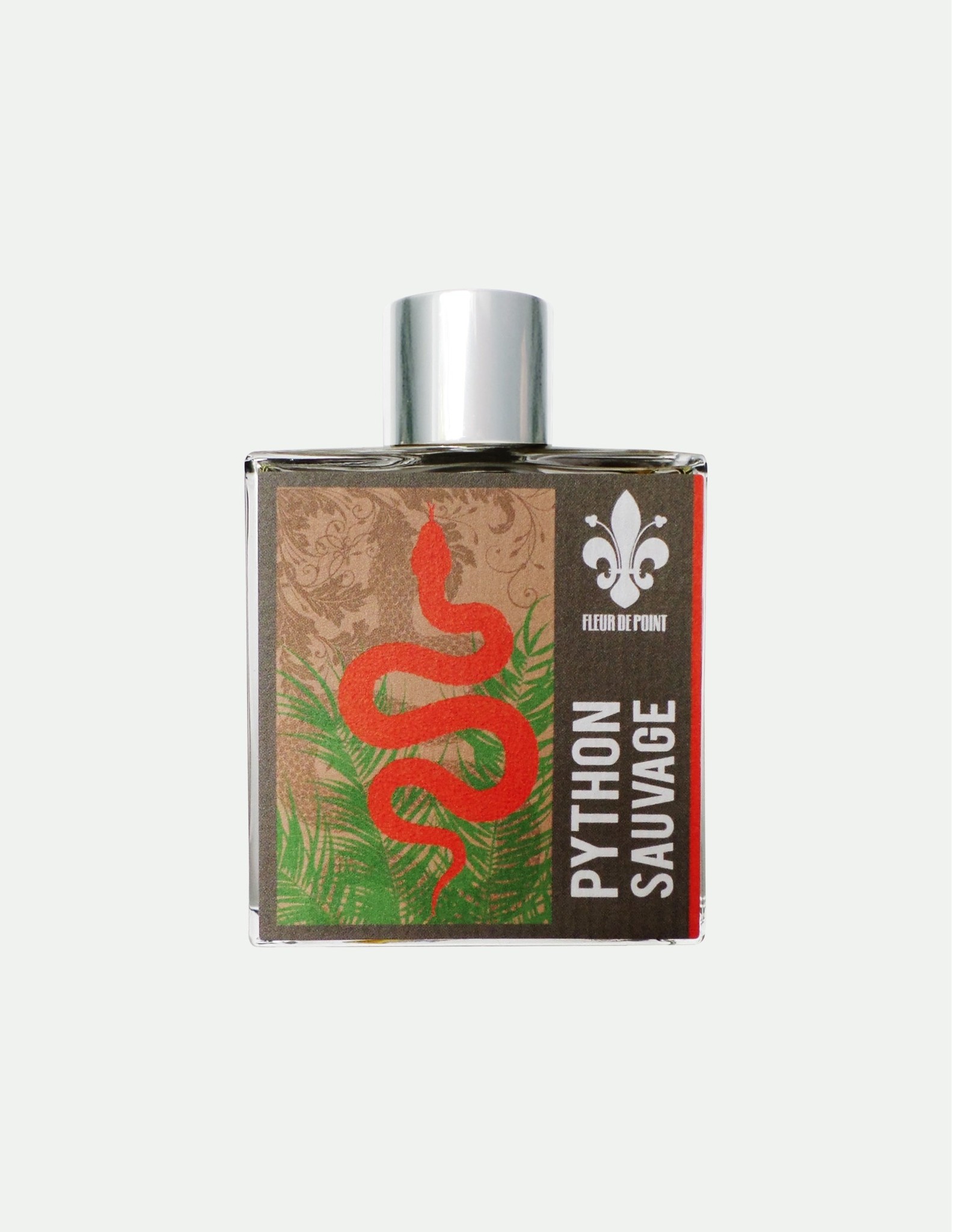 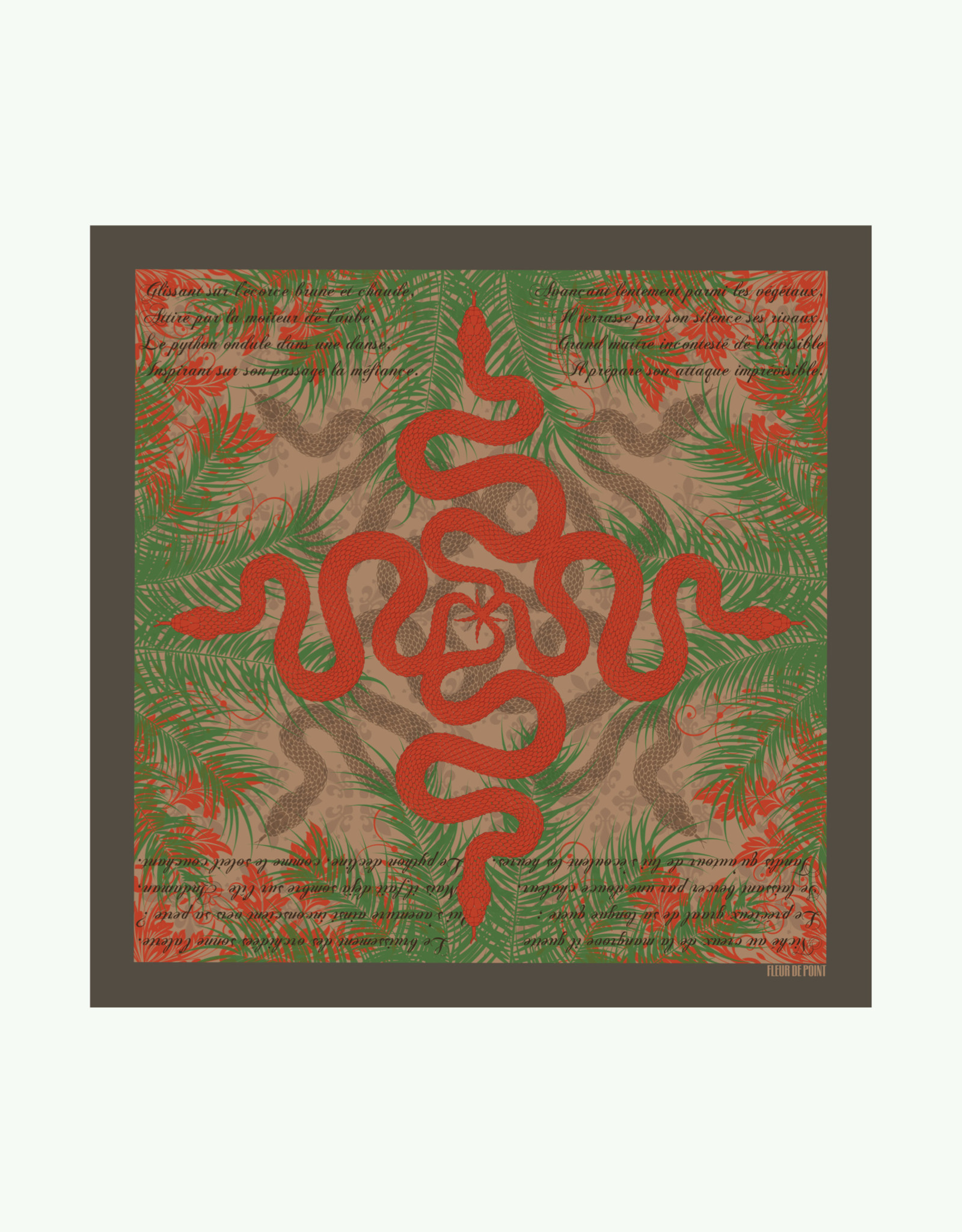 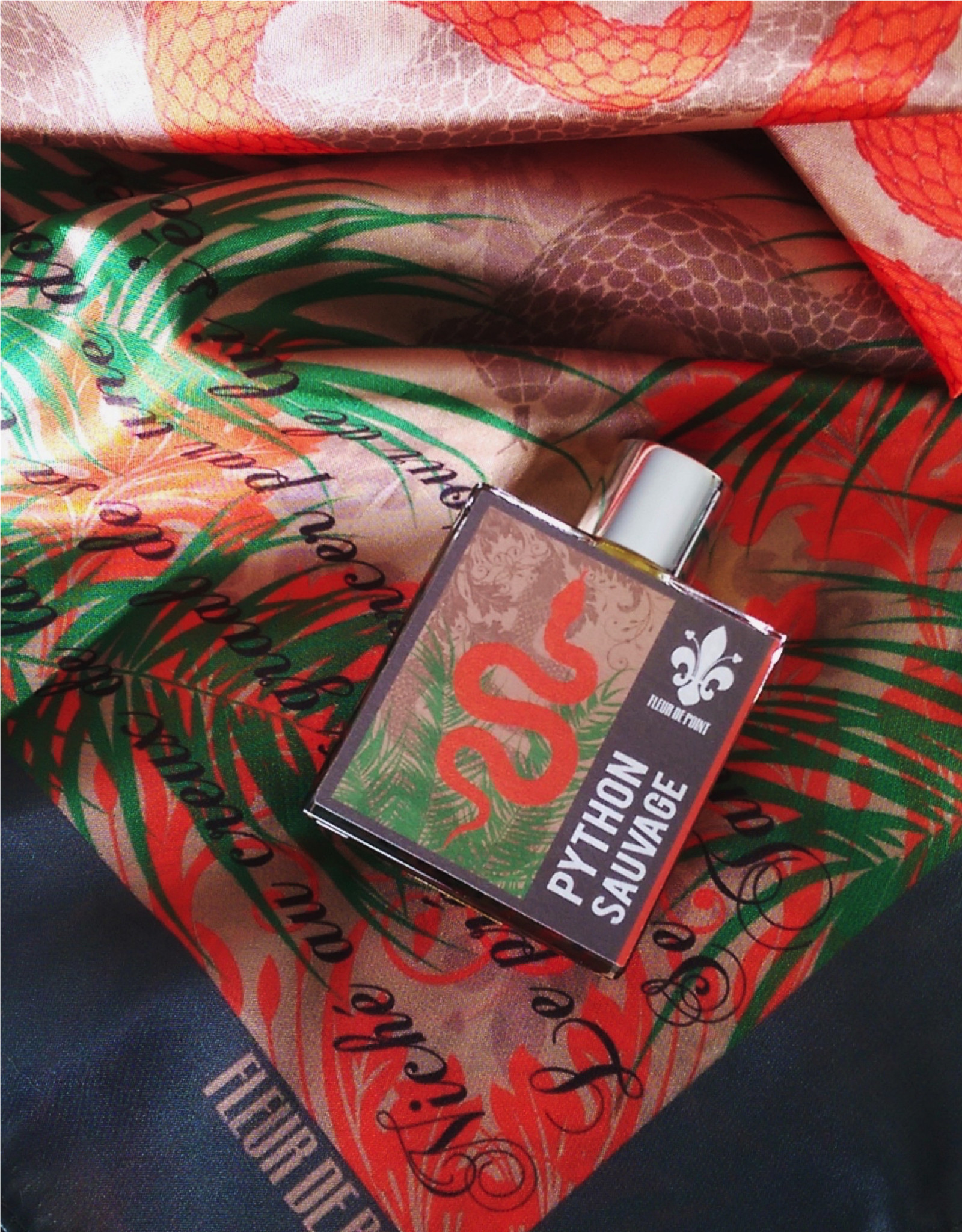 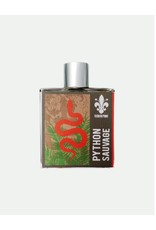 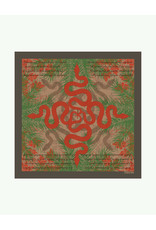 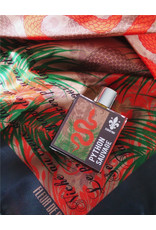 This vegan perfume feels like a second skin, with cardamon, vetiver and birch providing both cooling and warmth.

Slipping on the hot and dark bark,
Attracted by the dampness of dawn,
The Python undulates in a dance,
Inspiring suspiciousness as he passes by.

Slowly moving forward through the plants,
He defeats its rivals with his silence.
Undisputed master of the invisible
He prepares his unpredictable attack.

Nested into the mangrove he searches for
The precious graal of his long quest;
Taking comfort from a gentle warmth
While around him the hours run out.

The rustling orchids alert him.
Who goes there unaware, towards defeat?
But it is already dark in the Andaman Islands,
The Python declines, as the setting sun.

Python Sauvage is a fragrance that drives us to a mangrove together with the python.

Cardamom and smoked vetiver and birch provide both coolness and warmth, allowing you to feel like in the skin of a snake, basking in the sun for hours.

All Fleur de Point fragrances are handcrafted in France and 100% vegan.

The perfume comes with a scarf containing the poem that inspired the perfume.