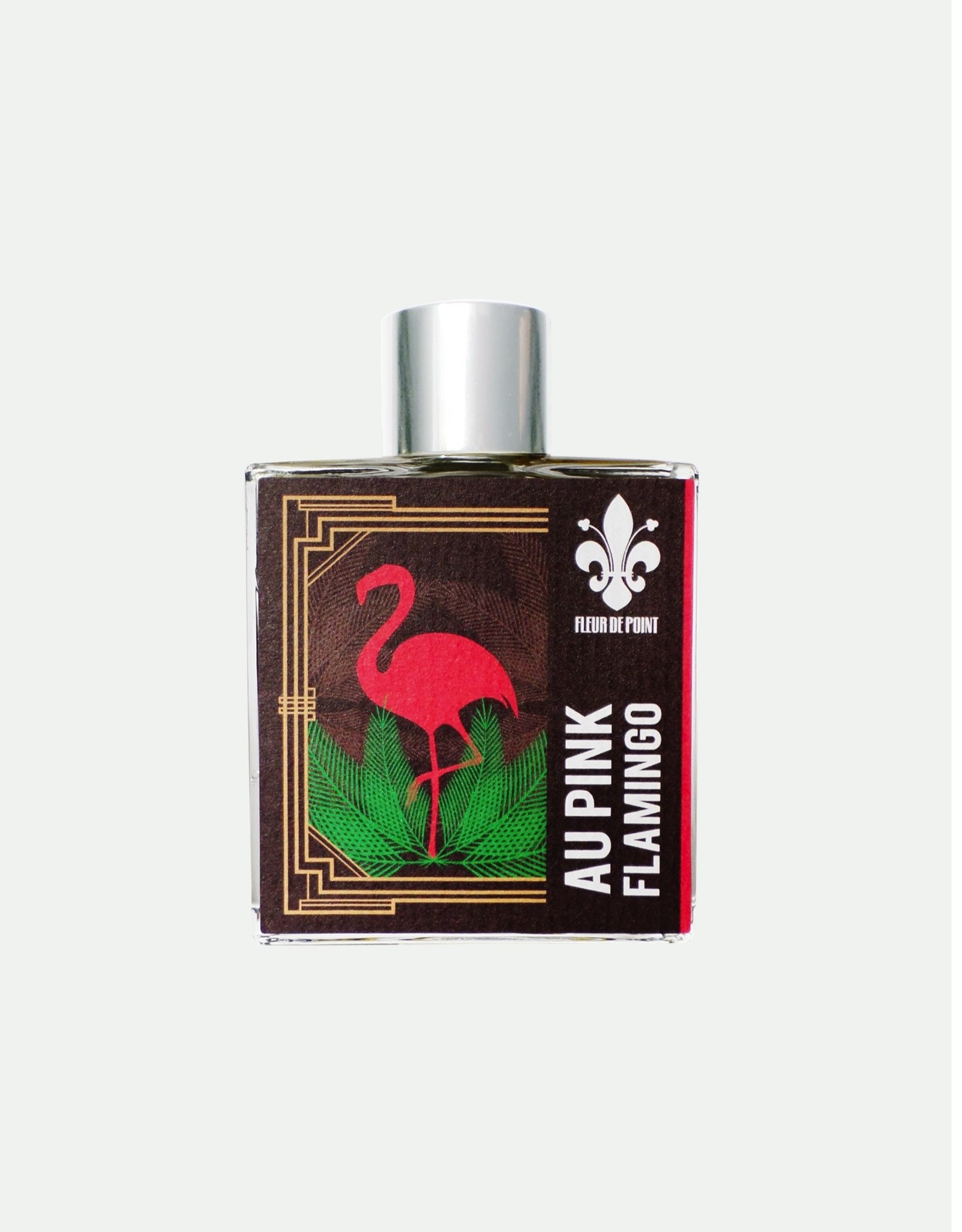 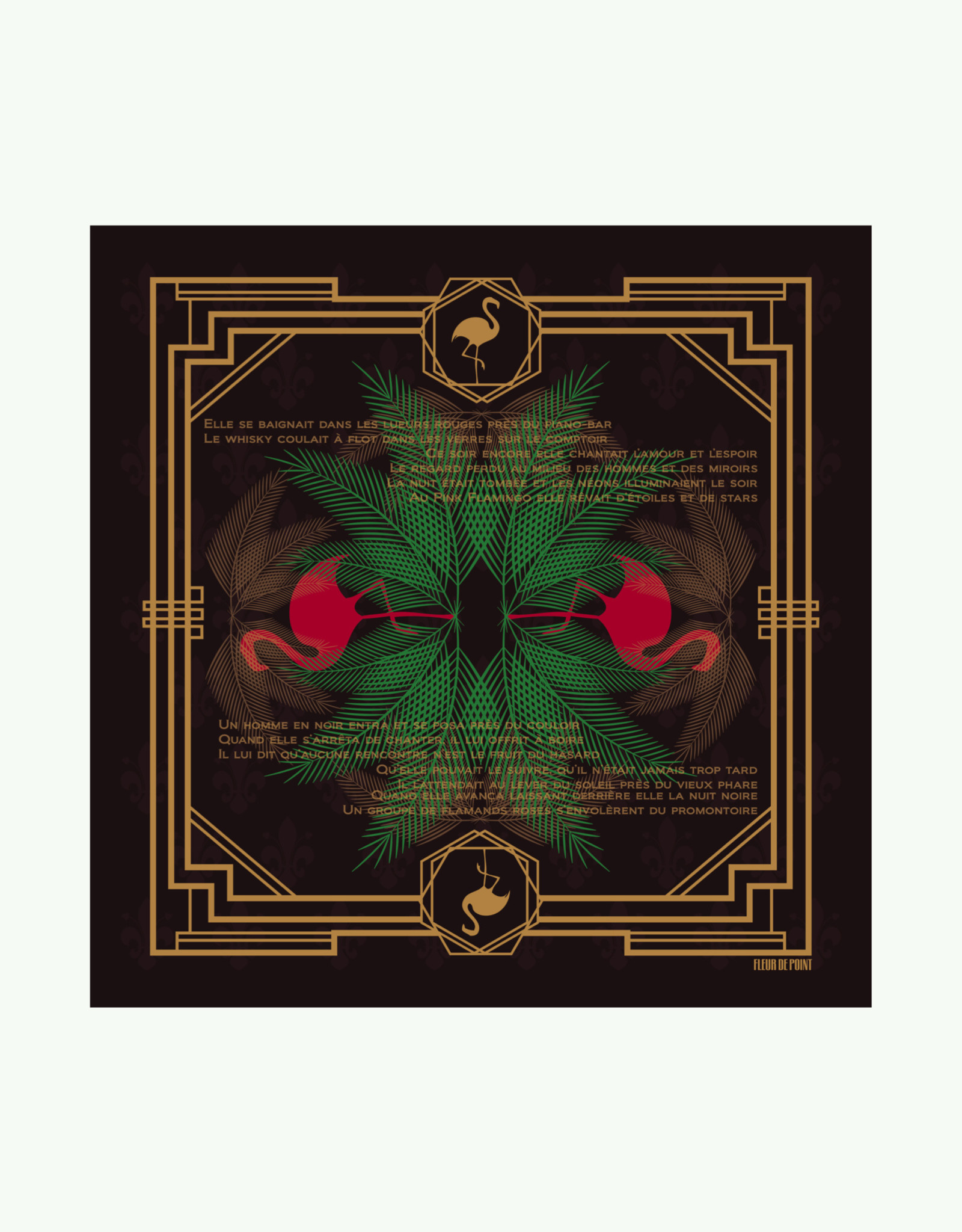 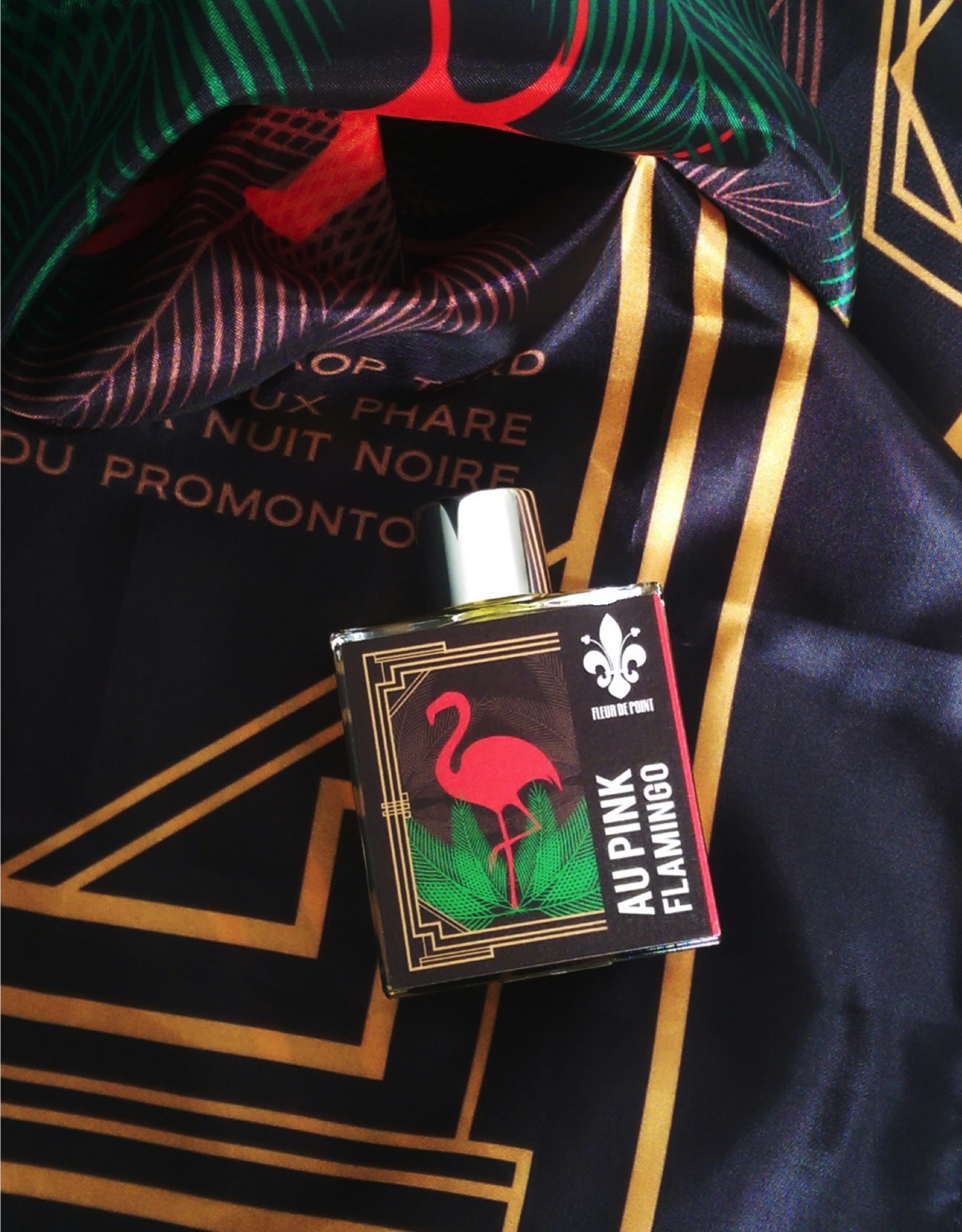 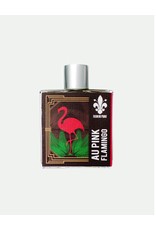 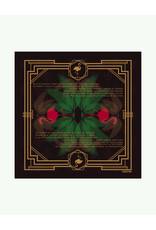 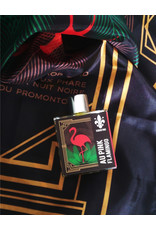 A vegan perfume that takes you to an obscure cabaret where every night a melancholic love song resounds.

She bathed in red light, near the piano bar.
Whisky was flowing in abondance in the glasses on the counter
Tonight again, she sang about love and hope
Her lost gaze in the midst of men and mirrors

It was dark and neon lights lit up the night
At Pink Flamingo’s she was dreaming of stars
A man in black entered and stopped near the corridor
When she stopped singing, he offered her a drink.

He told her that every encounter happens for a reason
That she could follow him, that it was never too late
That he would wait for her at sunrise near the old lighthouse
When she walked on leaving the dark night behind her
A group of flamingos flew off the promontory

Au Pink Flamingo is a scent set in a cabaret. Dark, not so clean and melancholic…

The smell of a singer’s make-up mixes with the coffee we drink while thinking about our late whiskey.

Birch reminds us of the smell of smoke.

Cumin reminds that of men crowding to see that woman who is going to sing on stage by the piano and who will make them dream.

All Fleur de Point fragrances are handcrafted in France and 100% vegan.

The perfume comes with a scarf containing the poem that inspired the perfume.